The spread of the coronavirus has forced millions all over the world to retreat to home and abandon outdoor exercise and gym sessions. If they own a big house and garden, it's manageable, but many live in shacks, cramped houses or tiny high-rise flats. How can they avoid going to seed during lockdown? Here we take a look at how former boxer and South African liberation struggle icon Nelson Mandela adapted while incarcerated in a tiny cell on Robben Island.

February 15, 1990: Nelson Mandela wakes as always at 5 am and begins his hour-long exercise routine. The difference this time is that instead of a prison cell, his gym is the front room of his "matchbox" house – so-called for its small size – at 8115 Vilakazi Street, Soweto. And soon he’ll be besieged by journalists, well-wishers, diplomats and family members.

Mandela started boxing as a student at Fort Hare University, and then trained more seriously when studying, working and struggling in Johannesburg during the 1940s and 50s. However, he didn't fight competitively and was modest about his prowess. "I was never an outstanding boxer," he said in his autobiography, Long Walk to Freedom. "I was in the heavyweight division, and I had neither enough power to compensate for my lack of speed nor enough speed to make up for my lack of power."

What he relished about it was the rigour of training, a routine periodically broken by arrest and the demands of the “struggle”, but not often. He wrote:

“I unleashed my anger and frustration on a punch bag rather than taking it out on a comrade or even a policeman”. 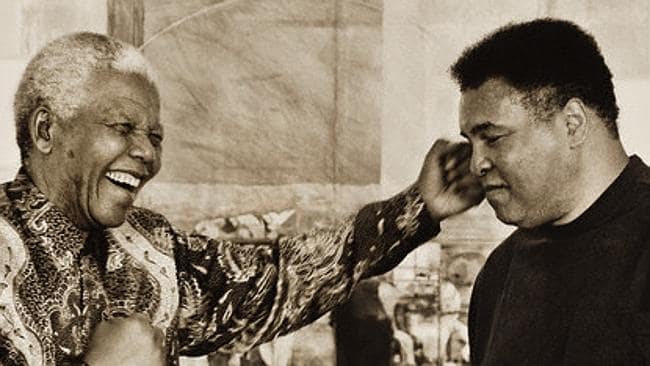 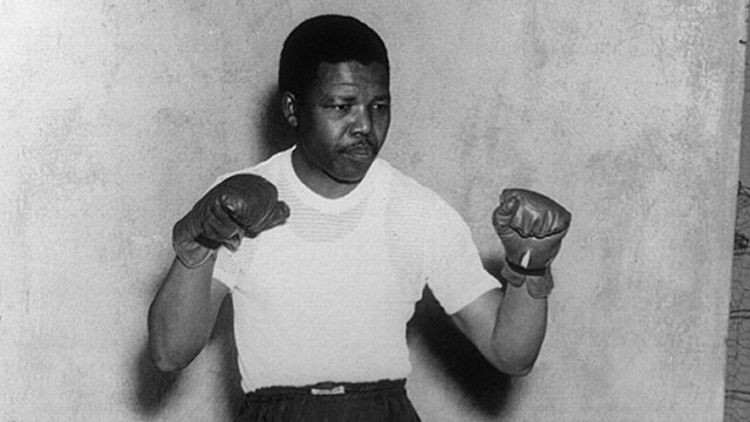 Mandela believed this routine was the key to both physical health and peace of mind.

“Exercise dissipates tension, and tension is the enemy of serenity. I found that I worked better and thought more clearly when I was in good physical condition, and so training became one of the inflexible disciplines of my life”.

Four mornings a week he'd set off for a run, and three evenings a week he'd work out in a Soweto boxing gym – his way of losing himself "in something that was not the struggle". He said he'd wake up the next morning feeling refreshed – "mentally and physically lighter" and "ready to take up the fight again".

From 1960 Mandela led the underground campaign of the African National Congress’s military wing, umKhonto weSizwe, moving around the country disguised as a chauffeur, with trips abroad to rally support, so his boxing training became sporadic. The “Black Pimpernel”, as he was dubbed, was arrested in 1962 – the result of a tip-off to the apartheid police from the CIA, it has since emerged – and spent the next 27-and-a-half years in jail, 18 of them on Robben Island.

When Mandela arrived, a prison warder sneered: “This is the Island. This is where you will die.”

Part of the challenge was getting used to monotony. As he put it:

The daily routine of Prisoner 46664 consisted of gruelling manual labour – working in a quarry to dig out limestone and using heavy hammers to smash rocks into gravel. This was draining, but he decided not to use it as an excuse to abandon his exercise regime. From then on it started at 5 am and was carried out in a damp 2.1m squared cell rather than a sweat-soaked Soweto boxing gym. "I attempted to follow my old boxing routine of doing roadwork and muscle-building," he said.

He’d begin with running on the spot for 45 minutes, followed by 100 fingertip push-ups, 200 sit-ups, 50 deep knee-bends and calisthenic exercises learnt from his gym training (in those days, and even today, this would include star jumps and ‘burpees’ – where you start upright, move down into a squat position, kick your feet back, return to squat and stand up).

Mandela would do this Mondays to Thursdays and then rest for three days. This continued even during his several spells in solitary confinement.

In 1988, aged 70, he contracted tuberculosis, exacerbated by the damp cell, and was admitted to hospital, coughing blood. He was moved to a prison warder’s house in Victor Verster Prison near Paarl and soon resumed a truncated version of his exercise programme, which now included laps of the prison swimming pool.

He was released from prison, along with other political prisoners, on February 11, 1990, nine days after the African National Congress and other liberation movements were unbanned by the apartheid government. He went on to become the first president of a democratic South Africa, from 1994 to 1999.

Inevitably as he reached his 80s, his exercise routine was moderated but never abandoned. He died on December 5 2013, aged 95, of a respiratory infection.

Mandela believed a lifetime’s habit of exercise helped him to survive prison, ready for the challenges that lay ahead. “In prison, having an outlet for my frustrations was absolutely essential,” he said – words that might be taken to heart by those facing months of coronavirus-prompted lockdowns in cramped conditions.